Iran is a country with a large diversities of landscapes and climates and therefore also a great diversity in agriculture. To illustrate, each week somewhere in Iran potatoes are planted and somewhere potatoes are harvested. I began the first project on organic farming in Iran in 1994. This was about the production of raisins in the NW of the country, near Orumiah. At that time the conditions were still difficult and the activities stopped after some time. At the beginning of this century two Dutch Iranians, Javad Zare and Mo Biglari asked to assist in development of organic farming in Iran. In 2002 a feasibility study carried out for the Ministry of Economic Affairs. Subsequently we worked for years in training of farmers on conversion throughout the country, with production of raisins, figs, pistachios, walnuts, pomegranate, almond, dates, saffron. The international boycott of Iran slowed down this work, but we are very active again in iran since 2015 advising farmers, processors and exporters. Several times a year, farms in the province of Fars (Persia) are visited. 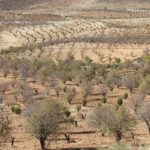 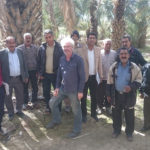 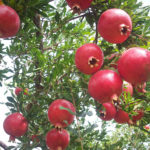 The province of Groningen is a real agricultural region in the Netherlands, but there are relatively few organic farms by Dutch standards. A provincial program should change all that the coming years. Together with the province and the consultancy AvesTura (Michiel Bus) we organized meetings for farmers and dairy farmers in the spring of 2016. Conversion courses are organized and there are so-called ‘kitchen table talks’ with farmers interested in conversion. Farms that actually start organic production are assisted in finding the most appropriate markets.

Peter Brul contributed to the television series “Cunera”, broadcasted by TV Noord. This particular episode featured the development and growth of biologic agriculture in the province of Groningen. Video in dutch. 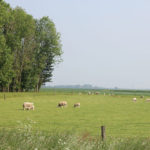 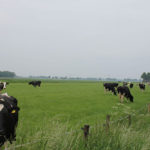 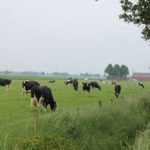 The province of Alentejo, between the River Tagus, the Spanish border and the Algarve, has traditionally been the agricultural area of Portugal. Commissioned by the rural development organization ADPM, growers are assisted in organic production and marketing of their products. In recent years, several dozen organic herb growers started and began to work together in a cooperative. Dried herbs are sold in Portugal, and the north of Europe and on a small scale exported to the United States.

In collaboration with the insurance company Flexis and organic supermarkets organisation EkoPlaza we started a few years ago an health insurance initiative policy for the organic sector and the customers of health food shops. The basis for this initiative was a study by the University of Tilburg, which conducted research among more than 4,000 customers of EkoPlaza. Their health profile was compared to the profile of the average Dutch established based on a nationally representative sample of more than 5,000 Dutch people. The research showed that EkoPlaza customers feel much healthier and they have a significantly lower BMI (23.3) than the average of the Dutch population (25.5). Customers of the organic supermarket are much less likely to suffer from overweight and obesity, namely 25.8% versus 48.7%. For most medical conditions such as heart problems, breathing problems, high blood pressure and high cholesterol, as well as complaints that are less clearly related to obesity such as headaches and colds complaints, EkoPlaza customers experience them less frequently than the Dutch population. Meanwhile, we combined the insurance with the homeopathic association KVHN and talks are underway with Antroposana, the association of patients of anthroposophic medical doctors. 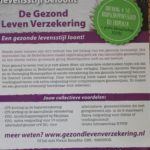 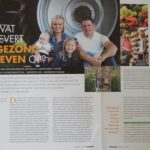 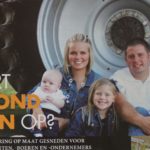 The international organic agriculture movement admittedly has its own organization (IFOAM) and a number of events such as the “Organic World Congress” and the Biofach, where people meet. But there was no magazine (anymore) where new, exciting developments are shared. In the Netherlands, but also in many other countries with a strong organic industry, the experience is that a magazine belongs to the cement of an organic movement. Substantive matters concerning organic farming, and many developments are discussed within the movement. In collaboration with IFOAM we started the quarterly magazine Ecology & Farming again in 2011, in close cooperation with publishing Westering (publisher of Ekoland), both in print and digitally. Although the response was very positive and we had a readership in around 200 countries, the financial basis for the magazine was too small to continue. Currently, the magazine is used for blogs and for specific issues.
Additional information:
www.ecologyandfarming.com 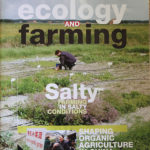 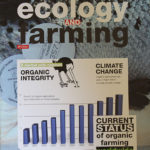 On the mountain slope of the volcanic island of Fogo (Portuguese for fire) coffee is grown in an agroforestry landscape. The coffee here is introduced by the Portuguese late 18th century, but due to the difficult growing conditions (steep slopes, dry conditions for coffee, difficult social conditions), the coffee was long neglected. Commissioned by Trabocca and the Cape Verdean partner the coffee production is revived. It is a special coffee, more than two centuries been isolated, on volcanic soil (at 1,200 meters with sea view!) With just enough rain and dew in the dry periods to survive. The coffee is again pruned for the first time in decades, a number of nurseries have been set up where young coffee plants are grown, processing units are newly built and people are trained in cultivating, planting, composting, pruning, harvesting and in quality control. 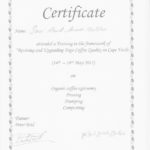 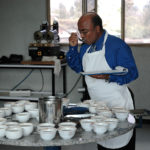 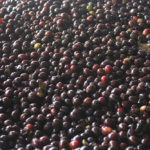 Climate change not only leads to more droughts in many countries, but especially in arid and semi-arid areas, to increasing salinity of soils . A country like Iran has more than 23 million ha of saline soils. With the research institute Salt Farm Texel (Mark van Rysselberghe, Arjen de Vos) we are setting up on projects in the Netherlands, Iran and Egypt with salt, drought and heat tolerant varieties of potato, tomato and carrot. This gives farmers new opportunities regarding household income, food security and food diversity. 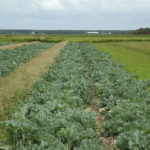 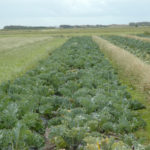 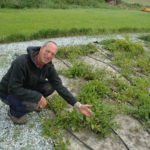 Nautilus is the only organic growers association in the Netherlands. The cooperative has about 35 members and has a turnover of around 50 million euros in vegetables, greenhouse vegetables and fruits. Peter Brul is a member of the Supervisory Board since 2007 and Chairman of the Supervisory Board since 2011. Peter is the only member of the management board and supervisory board who is not associated member of Nautilus. The long-term commitment to the cooperative offers the opportunity to reflect, monitor and advise. The position ends officially after two terms in 2016. 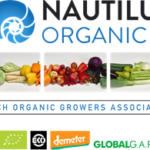 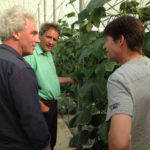 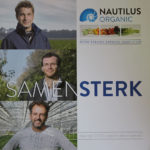